Supergrass are headlining a summer outdoor show at Englefield House on Friday 22nd July 2022, as part of the Heritage Live Concert Series. Special guests will be Feeder and Sports Team.

Supergrass – Gaz Coombes, Mick Quinn, Danny Goffey and Rob Coombes – formed in Oxford in 1993, released their No.1 debut album I Should Coco in 1995, going on to achieve several million record sales including 6 top 10 albums. Indie single, ‘Caught By The Fuzz’ and breakthrough single ‘Alright,’ captured the energy and spirit of the 1990s, leading the band to huge global success. They subsequently released five studio albums and a top 5 Best of, Supergrass is 10 in 2004. Other top 20 singles include: ‘Lenny’, ‘Going Out’, ‘Richard lll’, ‘Sun Hits The Sky’, ‘Pumping On Your Stereo’, ‘Moving’, and ‘Grace.’

After a 10-year split, the band re-united in 2019 for the Glastonbury Pilton Party. They then embarked on a tour to mark the 25th anniversary of I Should Coco, to support the band’s career-spanning box set, The Strange Ones: 1994-2008, which was released last year.

Since forming in 1994, Welsh band Feeder have released ten studio albums, including Echo Park, Comfort of Sound and Renegades, and are responsible for rock anthems including ‘Just the Way I'm Feeling’, ‘Tumble and Fall’, ‘Just a Day’, ‘Feeling a Moment’ and ‘Buck Rogers’.

Their ninth album All Bright Electric came out in 2016 and the band released their most recent album Tallulah in 2019, which peaked at No.3 in the UK charts, including singles 'Fear of Flying', 'Youth', 'Daily Habit' and 'Blue Sky Blue.'

Sports Team released their acclaimed debut album, Deep Down Happy, in 2020, entering the UK album chart at No.2. After earning a reputation for crazy live shows the 6-piece band have amassed a dedicated tribal following. Strong anthemic tracks like ‘Kutchner’, and ‘Here It Comes Again’ buzz with confidence and power. 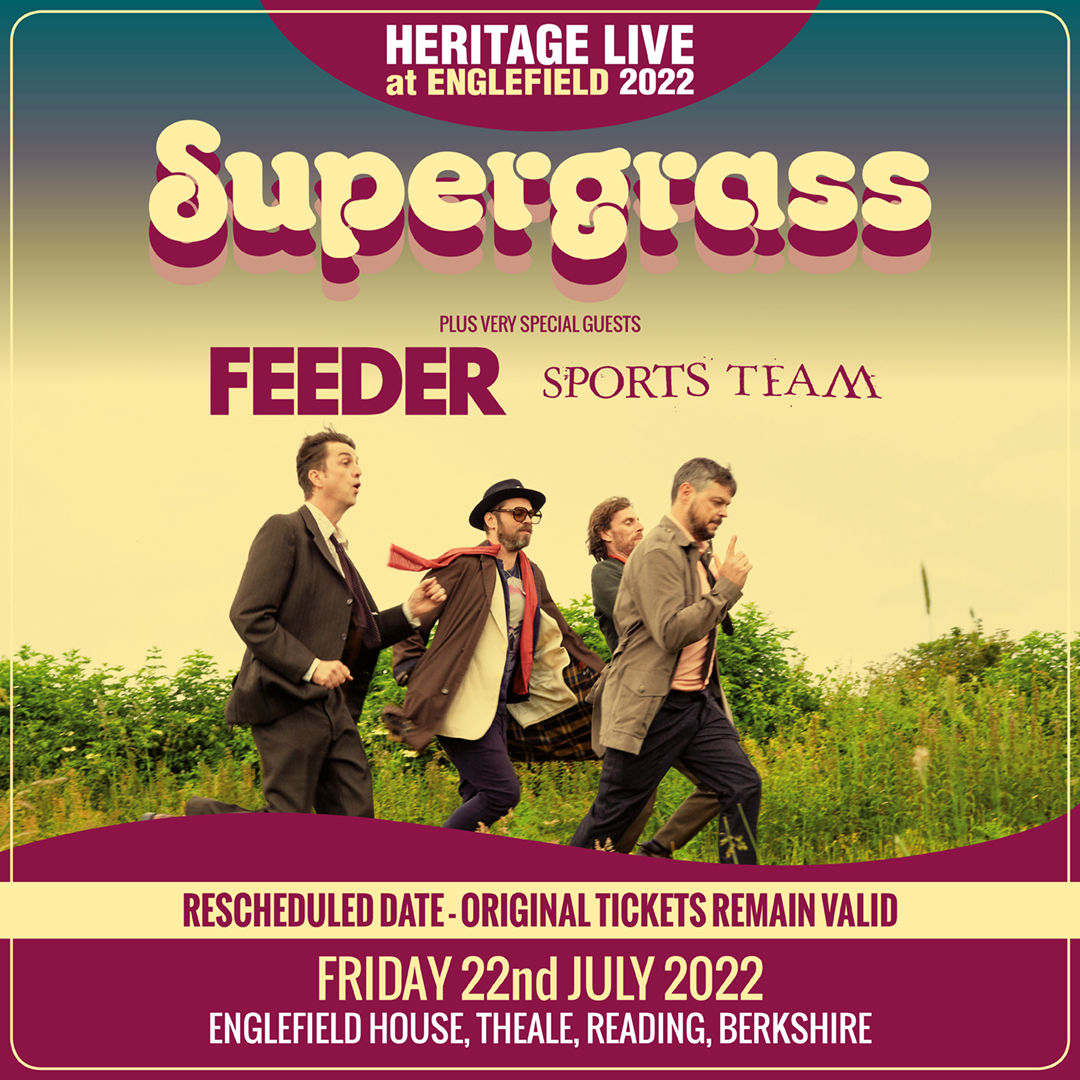