The gardens at Englefield House come alive during the summer months, but one corner in particular is blooming and buzzing with life.

A wildflower meadow, which is now in its second year, is providing a haven for wildlife, birds and insects, including a wide variety of bees and butterflies, attracted to its abundance of nectar.

The Estate’s gardening team first prepared the area, which fills an acre near the entrance to grounds near the Deer Park, 18 months ago, and it’s now flourishing with a mix of colourful perennials including wild carrots, oxide daisies, achillea, teasels and cow slips.

“We first prepared the area by ridding it of any pernicious weeds like nettles and dock leaves in the autumn and sowed a wild mix of grasses and flowers,” recalled head gardener Sue Broughton. “We also planted a selection of corn field annuals such as corn flowers, poppies, camomile, so there would be flowers straight away, while some of the perennials, such as cow slips and primroses, went through vernalisation.

“The meadow had been a vision of the family for some time,” Sue continued. “Smaller patches have been established around the bases of trees for a number of years, so this larger area will have a greater impact on encouraging biodiversity and helping different species of insect thrive here at Englefield.”

Due to the intensification of farming methods, Britain’s wildflower meadows have declined by a staggering 97 per cent since the 1930s and because as many as 1,400 species of pollinators rely on meadow plants – which provide a richer source of nectar than cultivated flowers – the impact of the loss of this habitat is threatening their future.

Wildflower meadows not only support bees and butterflies and other insect life, but birds, who feed on the insects, and wildlife such as deer, foxes and rabbits.

Whereas in years gone by wildflower meadows may have be managed naturally by grazing cattle, the Estate gardeners are doing the job of the herd.

“It took a lot of work to establish a meadow of this size,” said Sue. “But now it’s a case of cutting the grasses back once a year and allowing them to seed naturally.

“The impact the meadow is having on the ecosystem will get better and better.” 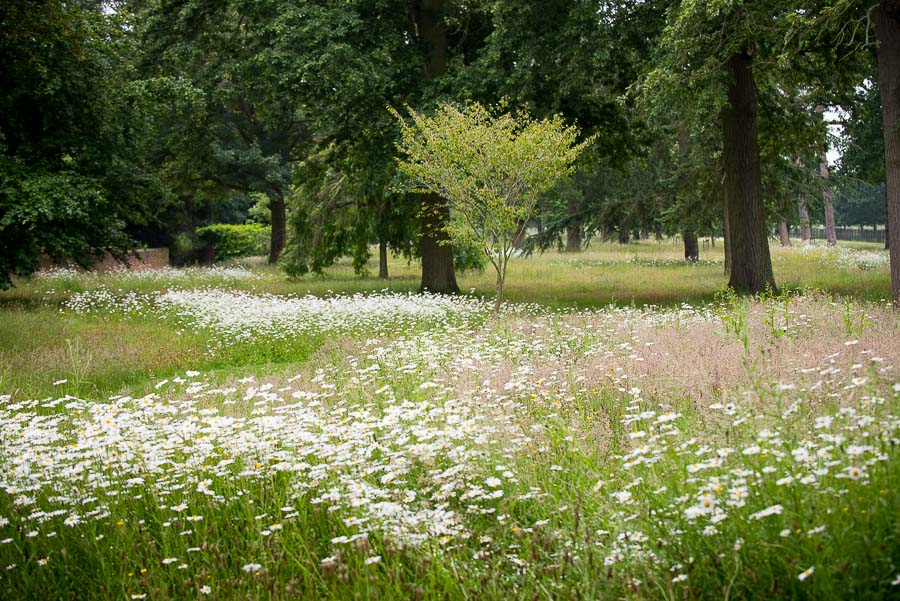