Alt-rock band Lightning Seeds will support Madness when they perform at Berkshire’s Englefield House this July.

Madness are headlining at the historic venue on their Stately Madness Tour as part of the new UK-wide concert series Summer House Sounds.

And it is today announced chart toppers Lightning Seeds will be the main support act with Indie pop and Radio 1 House Band The Tailormade opening the show on Friday July 6.

Tickets are on sale now from www.ticketmaster.co.uk

Formed in 1989 by frontman Ian Broudie, Lightning Seeds generated mass attention in the UK and US with their six studio albums including Jollification and Dizzy Heights. They experienced commercial success throughout the 1990s and are well remembered for their single Three Lions, a collaboration with comedians David Baddiel and Frank Skinner, which reached number 1 in the UK in 1996 and 1998.

Ian Broudie’s career has spanned decades and still influences the music industry of today from producing, writing and working alongside the likes of The Fall, Echo & the Bunnymen, Miles Kane, The Coral, The Zutons and many more.

It is not the first time Lightning Seeds have supported Madness and fans are assured of a stunning night of live music.

Presented by live music promoters Cuffe and Taylor, Summer House Sounds is about bringing music to the people in unique and beautiful locations.

Director Peter Taylor said: “We are particularly thrilled we have secured Lightning Seeds to support Madness at Englefield House. They are, without a doubt, responsible for some of the seminal sounds of the 90s and perfectly fit the bill for what will be a fantastic of live music against the backdrop of this magnificent stately home.

“In addition, we are thrilled to be introducing The Tailormade to the Englefield crowd. These three lads are gaining massive support on the festival circuit and have supported Madness previously, so we know they will provide the perfect opening set.” 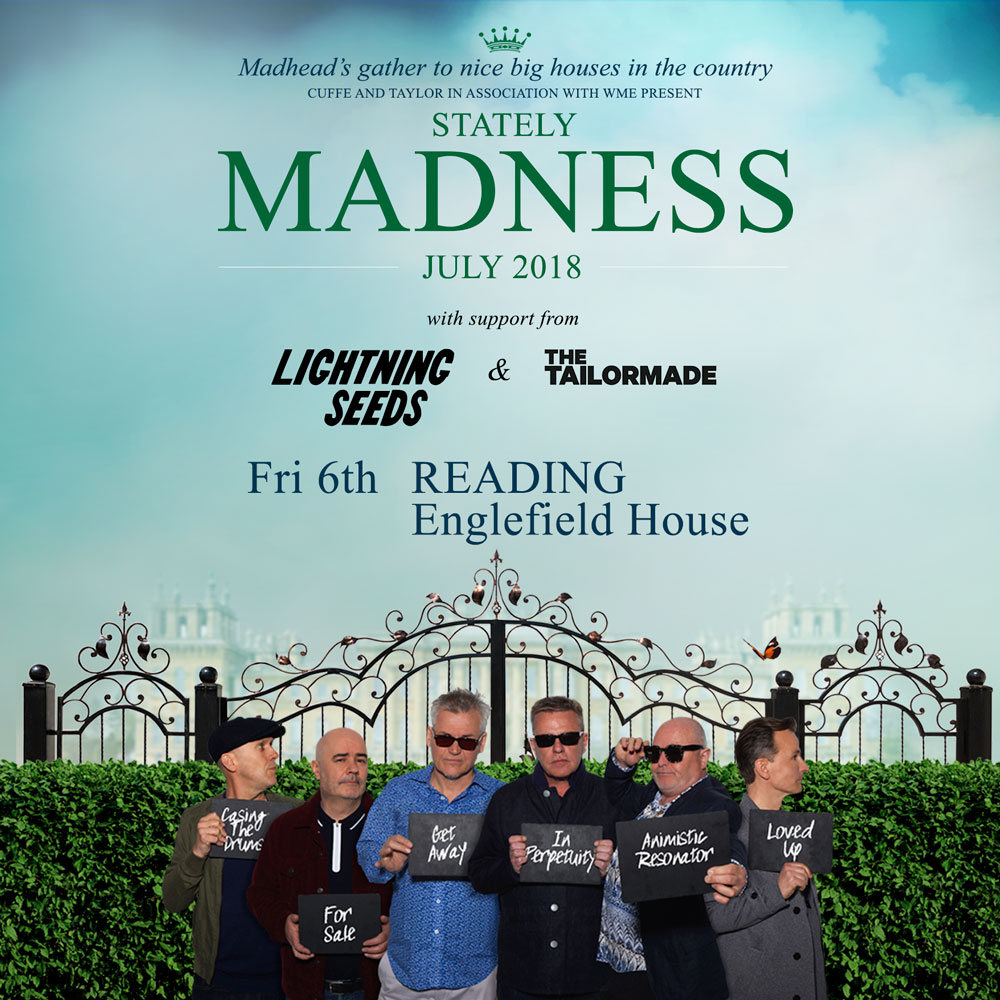 The latest Hampshire and Isle of Wight Wildlife Trust newsletter is now out! Have a read for an update on the Pambe… https://t.co/zBZRhWhoBk

Construction on the new store on the Green Farm site, part of Amners Farm, completed in June 2020. Whereas the old… https://t.co/5fq8rBS5Xf

The Englefield Charitable Trust is very proud to have supported the work of @TVAirAmb to help it continue to provid… https://t.co/bcyQ0KNbe6