A pioneering natural flood management scheme is helping to “slow the flow” of the River Pang, aiming to reduce the risk of flooding in the local area.

The partnership project between volunteer-led Pang Valley Flood Forum (PVFF), researchers at the University of Reading, landowner Englefield Estate, and the Environment Agency has been designed to try and reduce the impact of future flood events in the area, such as the 2007 floods which devastated Pangbourne and other local towns and villages.

Sixty-four leaky wooden structures, or leaky dams as they are sometimes known, have been installed on tributaries of the River Pang since 2018, creating a network of barriers to slow the flow of floodwater, which reduces the likelihood of flooding further downstream.

Kay Lacey, Chair of Pang Valley Flood Forum, explained: “The 2007 floods were horrendous for Pangbourne, with over 120 homes affected and people out of their homes for six to nine months. A study after the flooding showed that there were no big, hard engineering solutions that would work for Pangbourne, so we looked for alternatives. We heard about the use of natural flood management in other areas and were fortunate to secure a Defra grant to run a pilot project of ‘leaky dams’ on the River Pang’s tributaries with the aim of seeing whether they would reduce flood risk further downstream.”

The work has been undertaken by a team led by the Englefield Estate’s Forestry Manager Richard Edwards, on Estate land south of Pangbourne.

Richard explained: “Leaky dams are structures that allow the passage of some water through them, whilst holding some water back. They emulate nature, such as fallen trees or other debris in the river, and slow the river down without using hard engineering. We’ve used trees that have been found close by and it’s done using all-natural materials.”

In a time of normal rainfall and river flow the water goes underneath the dam and is not affected, the space underneath also allowing for the passage of fish. The dams come into operation at times of high rainfall. As the water level rises, some water is held back and the cumulative effect is that the peak of rainfall is slowed, instead of all the water rushing into the River Pang from its tributaries at the same time.

Flooding is not only caused by heavier than usual rainfall over a few hours or days, other factors such as frozen or baked ground, rising groundwater and unusually persistently wet seasons can all contribute.

PVFF and the Estate have worked closely with the University of Reading, who have installed flow monitoring equipment and analysed the subsequent data to understand the impact of the structures.

Gabrielle Powell, PhD student at the University of Reading, explained: “The area around the River Pang and its tributaries is made up of chalk with clay overlays. Chalk is very good at absorbing rainfall, whereas the clay just lets the rain roll over the top, which can cause flash flooding.

“This pilot project is looking at the efficiency of leaky dams, to see whether they can slow the flow and prevent big flood events. This is being measured with time-lapse cameras to give us a visual update and level sensors to give us numerical data to evaluate.

“Preliminary analysis has shown a slowing of the peak of the flow, but with so many variables, such as the size of rain events, saturation levels and flow profiles, we need to gather more data to understand the impact fully. This is early days for the project, but the initial signs are positive.”

The project is also having an impact on local biodiversity. Using natural materials and leaving dead wood in and around the tributaries creates habitats for dead wood invertebrates, in turn creating a vital food source for bats, birds and other wildlife.

In 2016 Defra announced £15m of Government funding for natural flood management (NFM) schemes across England. Seventy-nine schemes were awarded funding, of which 33 were community led projects such as this one in West Berkshire.

Funding for the research to evaluation of NFM was awarded after PVFF won the Defra NFM project funding, with support gained from UK Research and Innovation (UKRI) Engineering and Physical Sciences Research Council (EPSRC) Twenty65 project looking at providing sustainable water for all in the UK through the Engineering Grand Challenges for Water Scheme; the UKRI Natural Environment Research Council (NERC) Landwise project funded through the Evaluating the Effectiveness of Natural Flood Management Programme; and from the University of Reading.

To learn more, watch PVFF’s video and animation below. 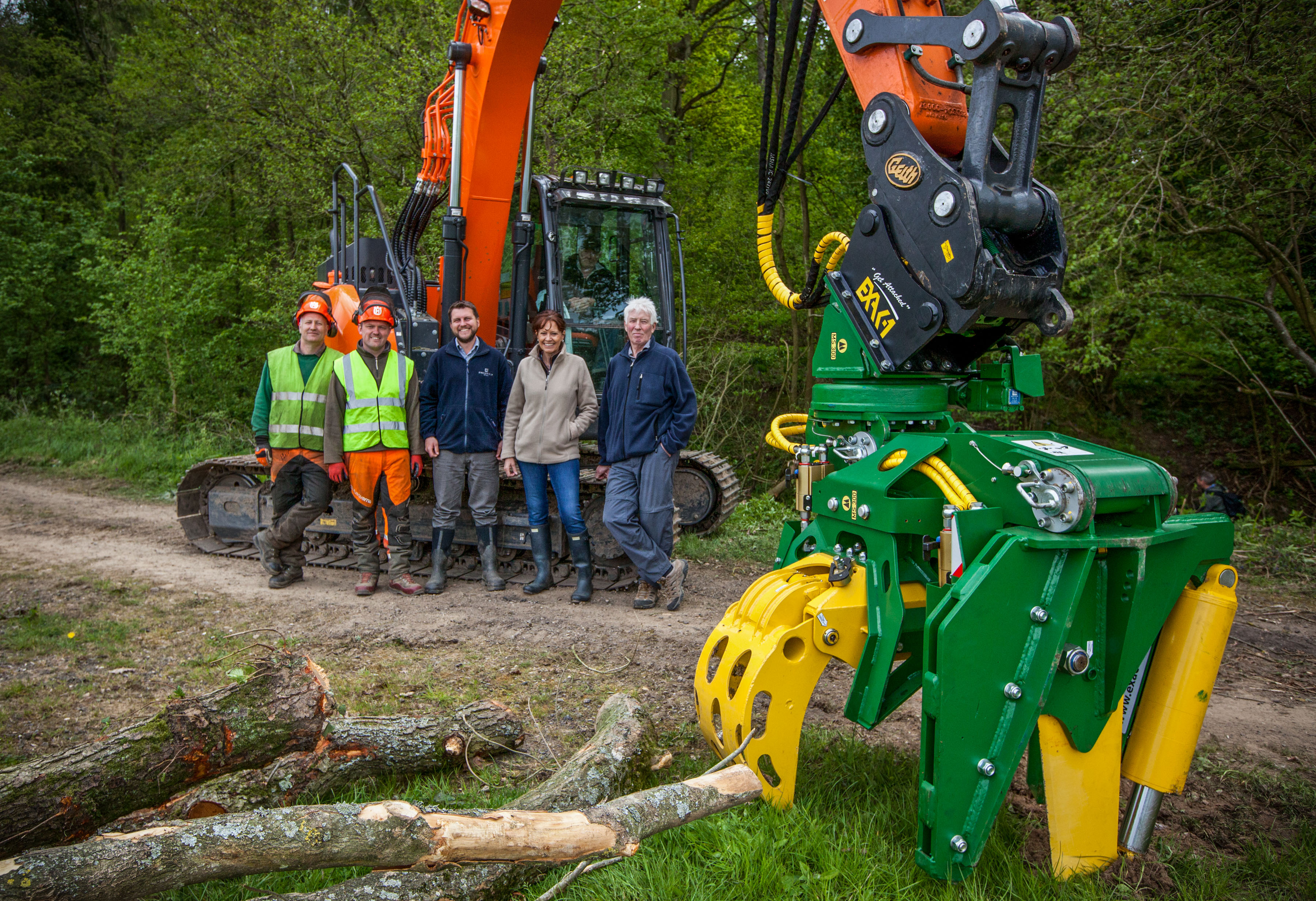 Header photograph and image above show leaky wooden barriers being installed in 2019. 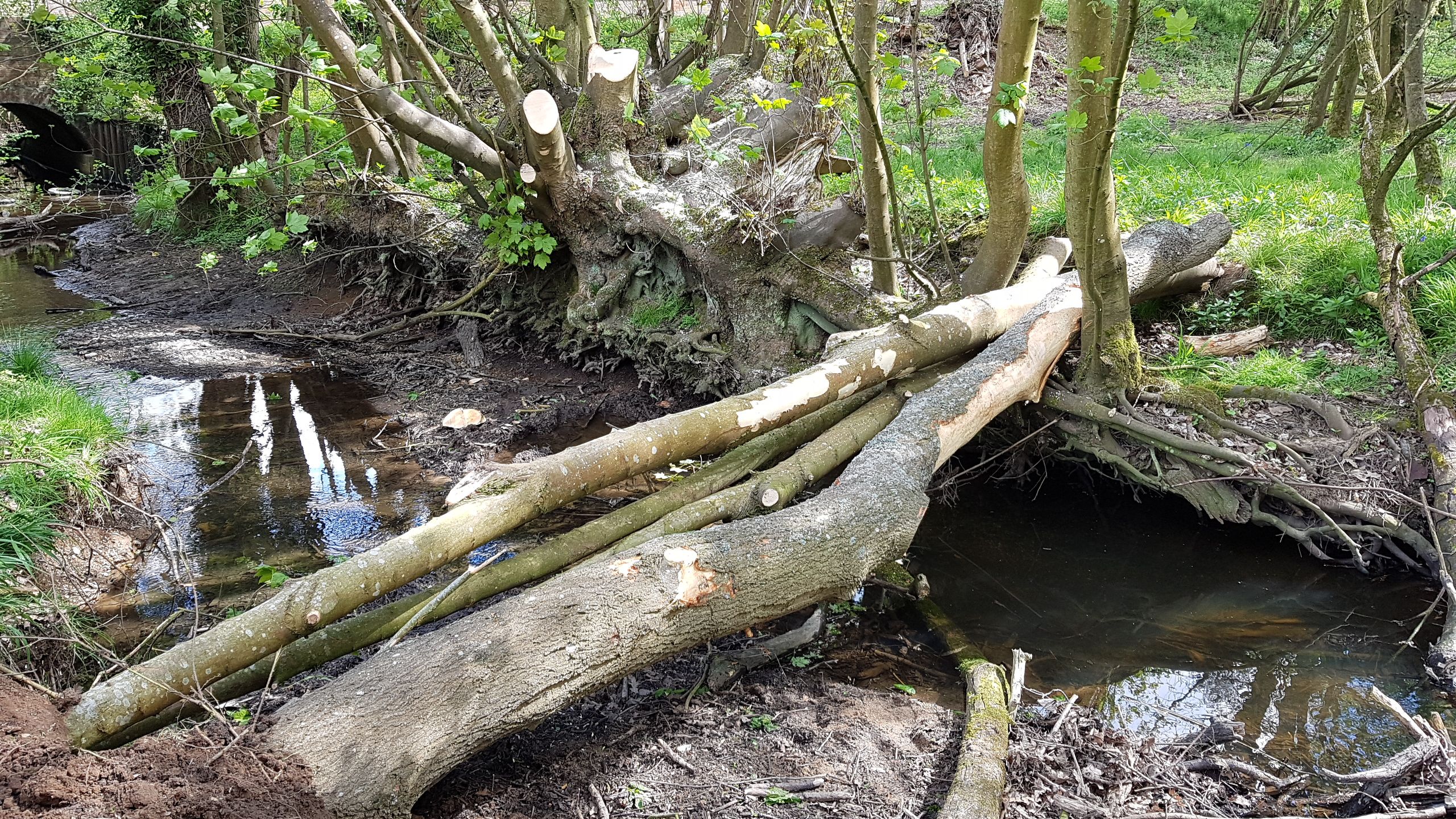 Leaky wooden structures installed on tributaries of the River Pang.