Soapbox challenge raises over £6,000 for charity

Vehicles of all shapes and sizes took on three speed timed runs, hurtling down the specially marked course in their non-motorised machines. New to the challenge this year was a chicane section and, for those dared to attempt it, a jump – although an exit route was available for those less adventurous.

Over 1,800 people lined the route through the Englefield Estate, cheering on competitors and helping to raise funds for the charity, which supports the work of the Royal Berkshire NHS Foundation Trust.

Teams from companies such as Porsche, Mattel, Veolia, Anchorvans, STWindows and Visa, as well as defending champions 360 Medical took on the challenge, alongside individual senior and junior drivers. Winners for both the seniors and juniors were Team Hiscock. Race times for all entrants can be viewed at www.stuweb.co.uk.

Charity Director, Ian Thomson said: “We are delighted on how well the Soapbox Challenge went and plans are already underway for an even bigger and better event for 2019.

“We would like to thank the Benyon family and all who help manage the Englefield Estate for supporting the event, and of course to all the entrants, supporters and volunteers from the Trust, Berkshire Masons and Rotary Club of Reading Maiden Erlegh, and also the many individuals who helped make the day such an amazing success.”

The inaugural event was also held at the Englefield Estate in 2017 and plans are already underway to for an even more challenging and more exciting event in 2019.

If you missed all the action then take a look at the photograph albums on the Royal Berks Charity Facebook page or see a video from the event on BBC News Berkshire. 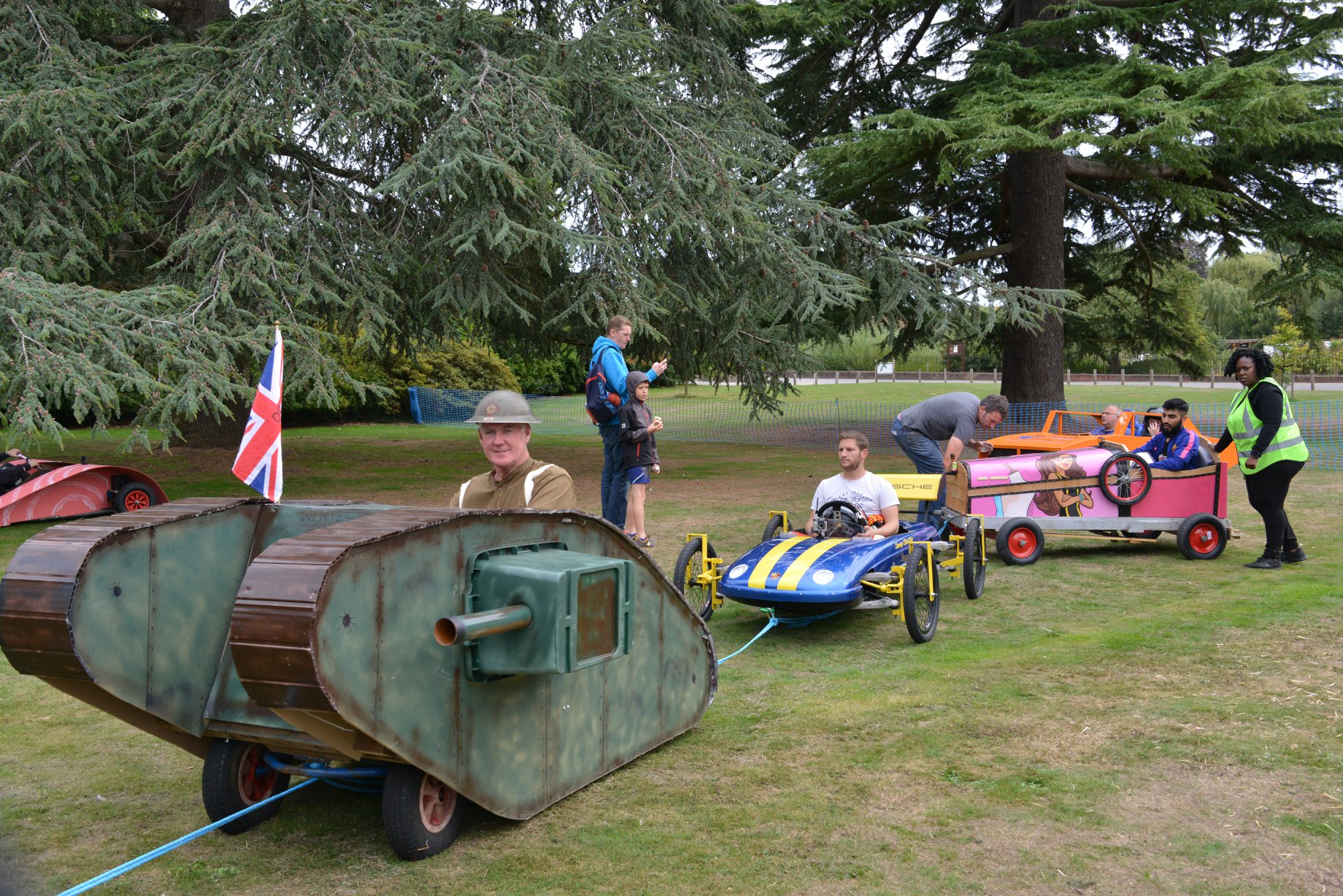 RT @Andover_Trees: Happy 2020! ✨ There's so much to look forward to this year - come and get involved! https://t.co/uRF5tuIMFP

The next workshop taking place at Cobbs at Englefield... sausage making! Book now to reserve your spot for 12th Mar… https://t.co/oJeSKFsE0J